The heavy brown paper tympan cover that I made for "Red" (see HERE) was worse than tatty and so it was all stripped away ready for a new one. This time round, I decided to try a fairly smooth bookcloth, which I hoped. The general principle was the same - to soak the cover before fixing it to the tympan frame so that it dried as tight as a drum. We sponged the bookcloth on each side and then on the first again so that it was soaked but not so wet that water pooled on it's surface: 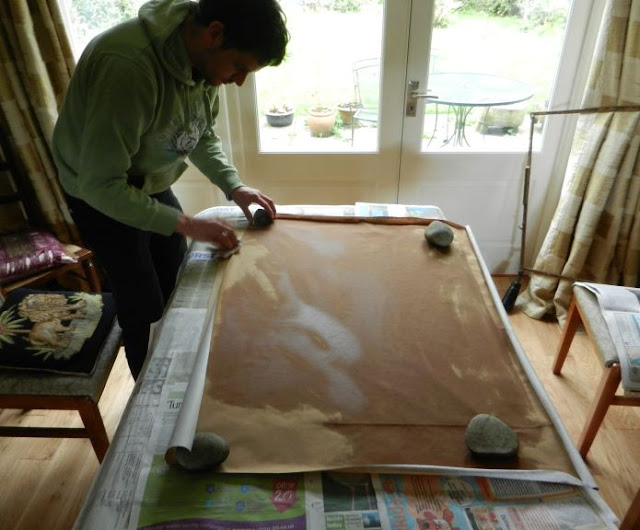 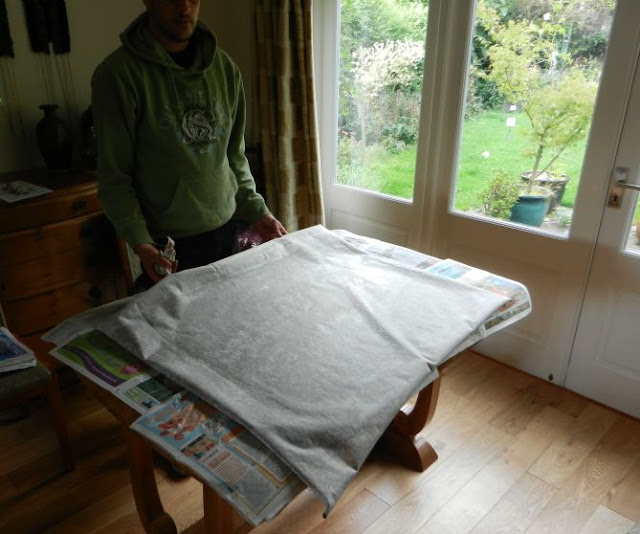 I laid the bare frame on the wet bookcloth: 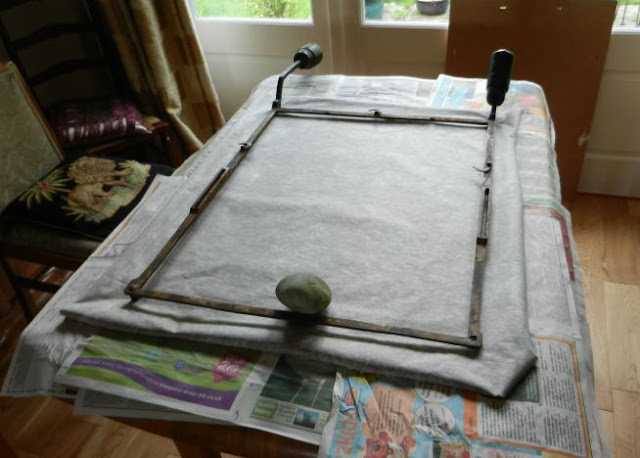 I then started to cut tabs of cloth which were covered in bookbinding paste, pulled tight and glued down. A bone folder was used to push the tab under the frame (see later): 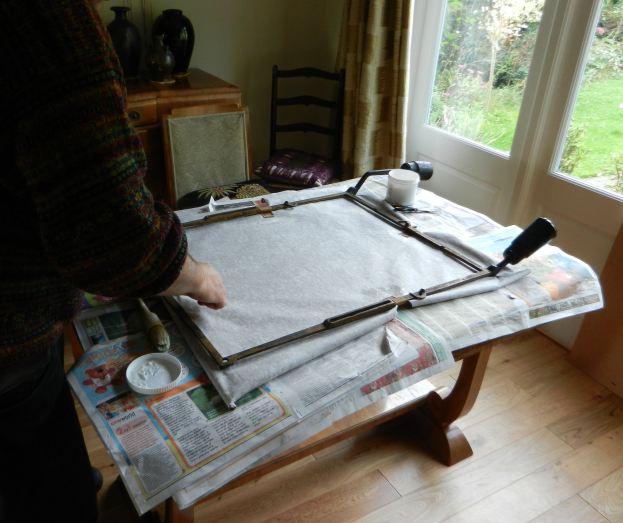 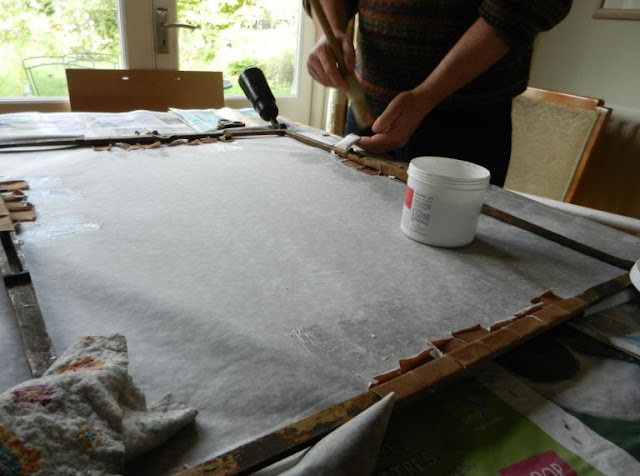 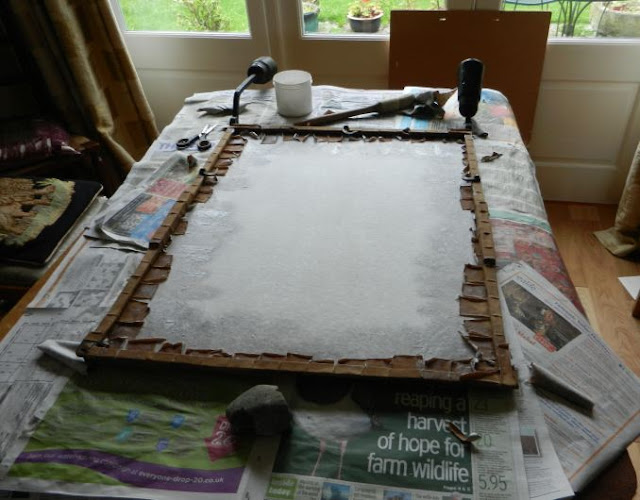 The tabs look rough but they can be trimmed once the cover has dried. 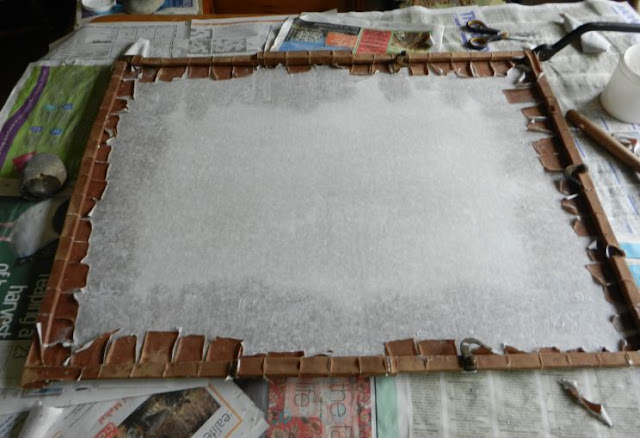 The same procedure was carrid out with the inner tympan frame: 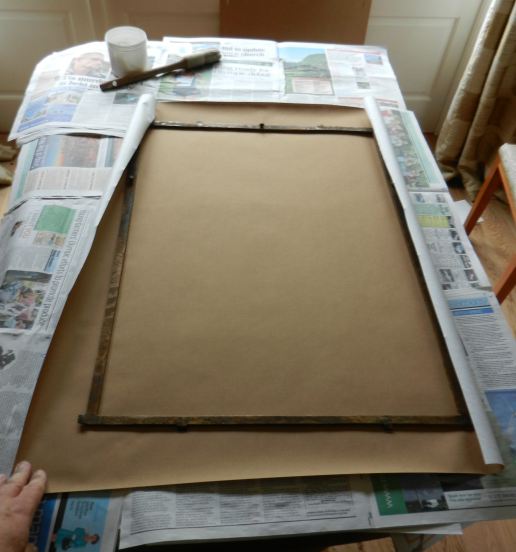 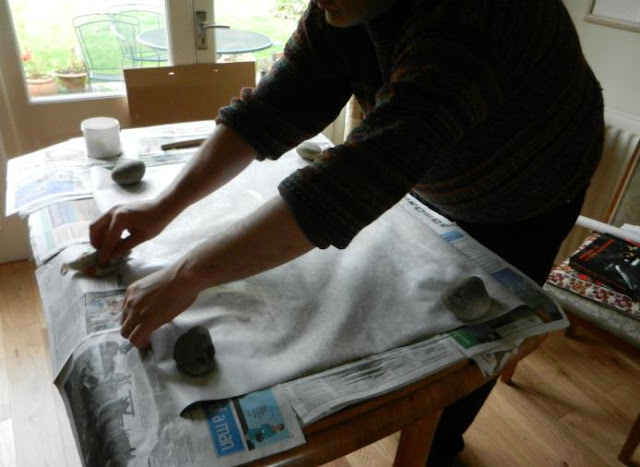 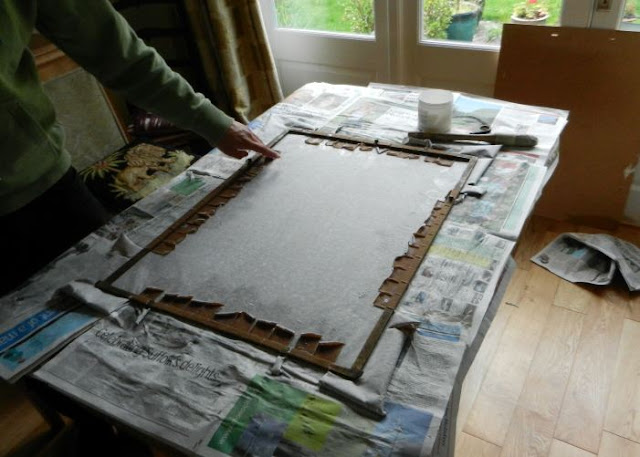 This detail shows hoe each tab is pushed under the frame to keep it secure and tight: 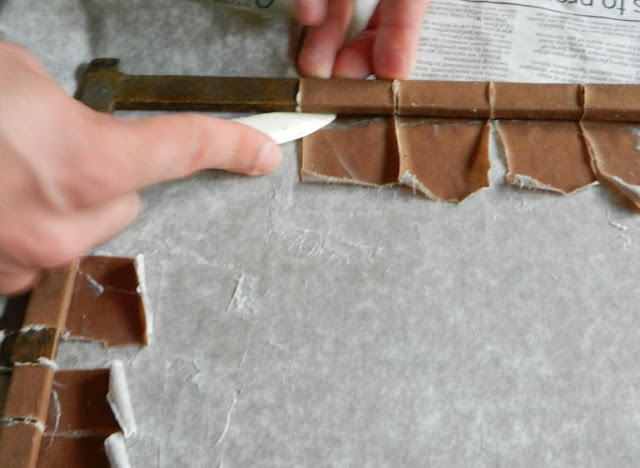 The two parts of the tympan were left to dry thoroughly in the studio: 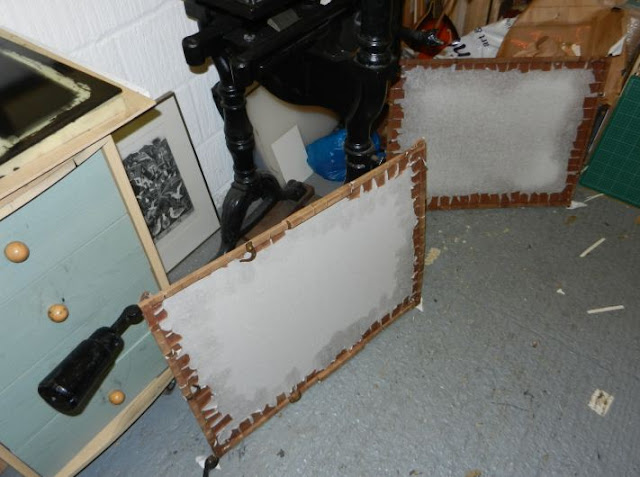 The next morning, both parts were dry, tight and drummed in a very satisfying manner when tapped. I trimmed the excess tabs, packed and reassembled the tympan and reconnected it to the press. I made the top neater with some heavy brown paper: 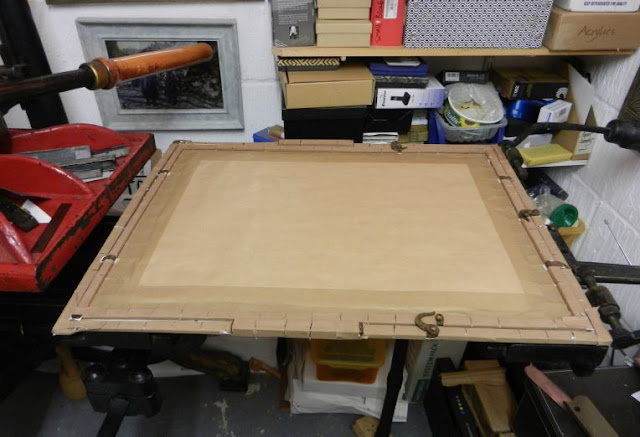 Red is looking rather good... 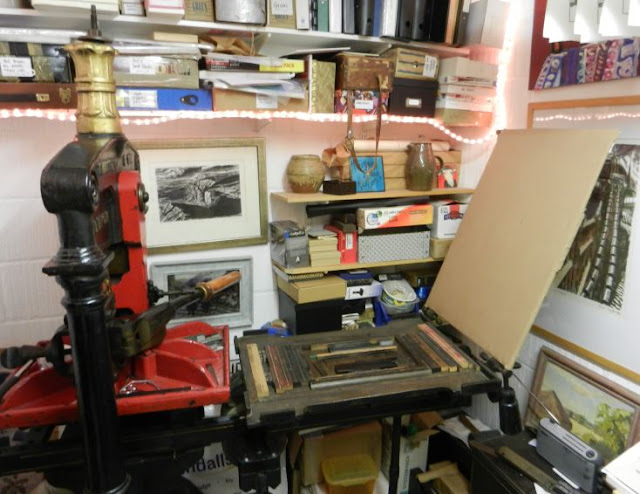 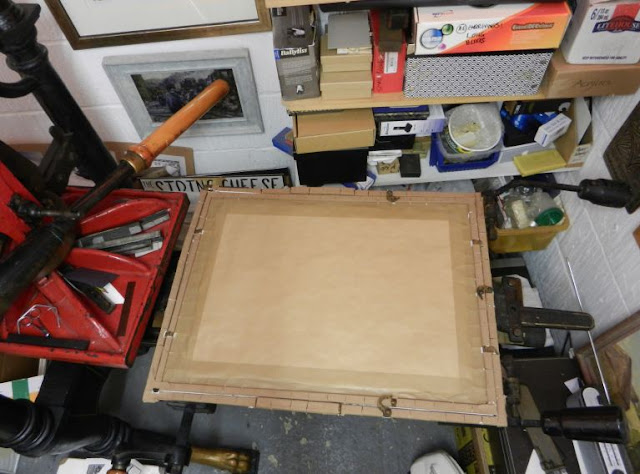 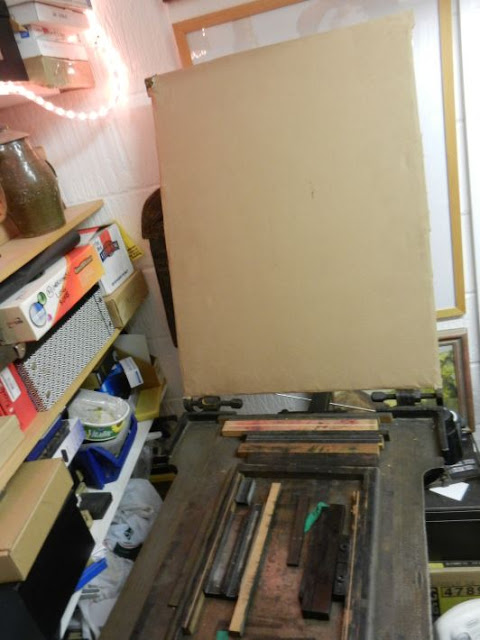 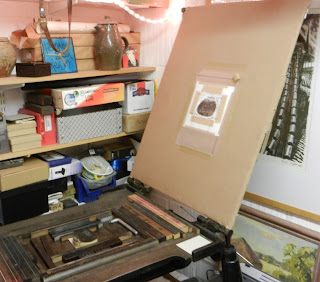 This is a great article, and it gave me a lot of ideas.
For more details, Please visit our website @ http://englishspeakingclassesfaridabad.in

Andy English
I am a full-time professional wood engraver, working in a rural community. I create images for exhibition and illustration. I also create bookplates (exlibris) and handmade engraved books, especially miniature books.